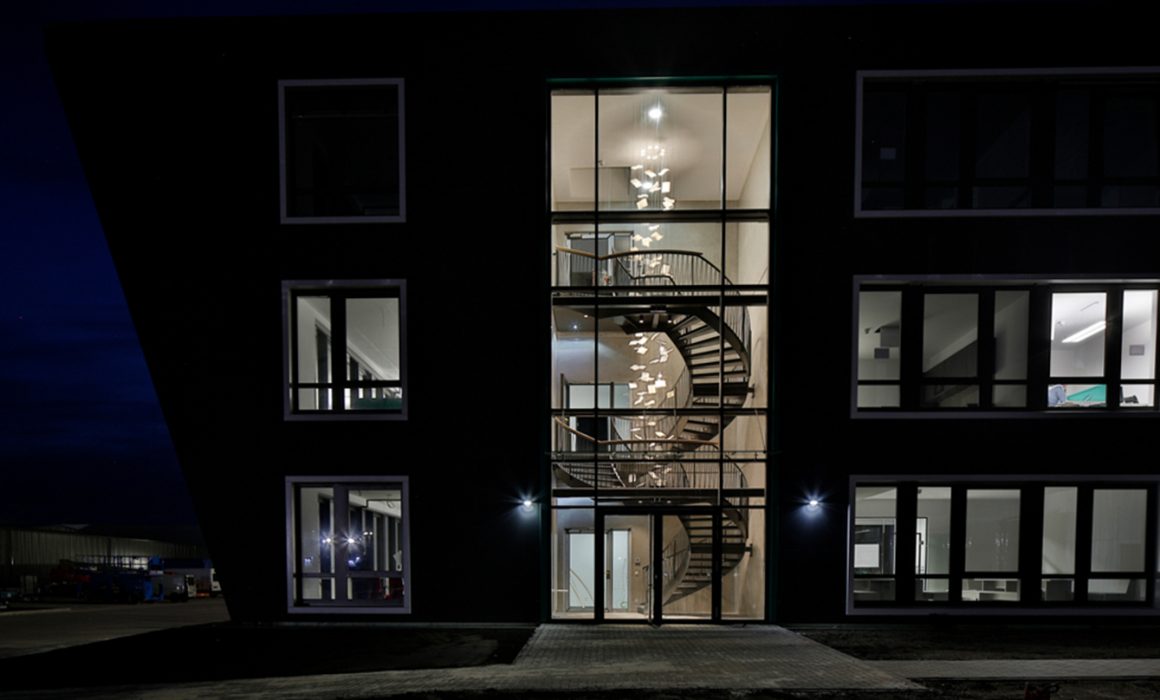 Leaves has been breaking records in the recent months: after completing an installation covering 25 square-meters for Hotel Motel One Frankfurt—Römer  at the end of last year, we start this year with a lofty version of this versatile light object. Our installation for InTime in Buchholz, Hamburg follows the entire centre axis of their spiral stairway. Thirty-seven eigth-metre long stainless steel rods, holding approximately one-hundred porcelain leaves are lit by eight recessed and four pendant LED spots.

Founder and owner of InTime, Christoph Gienow, who runs the medium-sized logistics company with his wife Sylvia Gienow, is committed to design excellence in more ways than one. With a sustainable approach and appreciation for functional aesthetics, their new building stands out with its exceptionally modern architecture and chamfered silhouette—far from what you find in the typical, grey industrial lanscape; The construction’s elaborate façade consists of 14 850 vertical panels in eleven different colours, reflecting the company’s corporate identity. On the roof, a large-scale photovoltaic system generates electricity for the operation of the entire complex and—and perhaps, in future for its vehicle fleet as well.

The interior of this energy efficient structure is also carefully considered and features several art and design pieces to enhance the atmosphere of each room. It was with this objective that Gienow came to Light + Building in Frankfurt to search out the perfect lighting for his new headquarters. After he chose Leaves to adorn their massive spiral staircase, three Thincut lights were chosen to illuminate the conference table and create a visual continuity between the stairwell and conference room.

See more photos of this project in our portfolio. 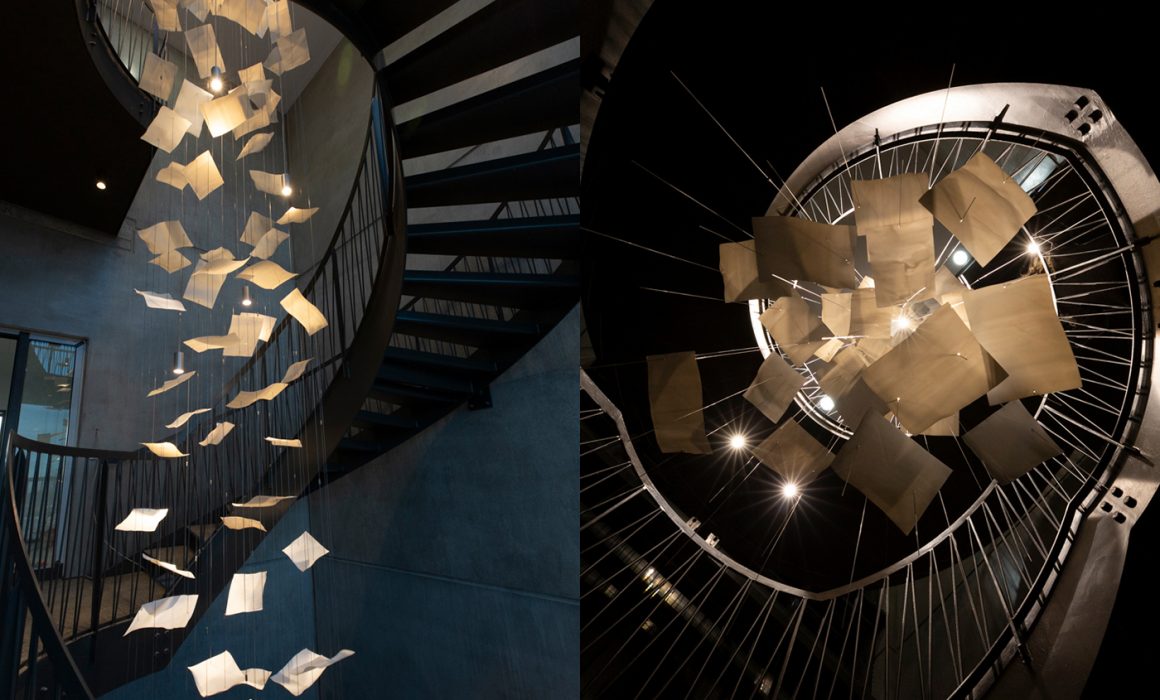 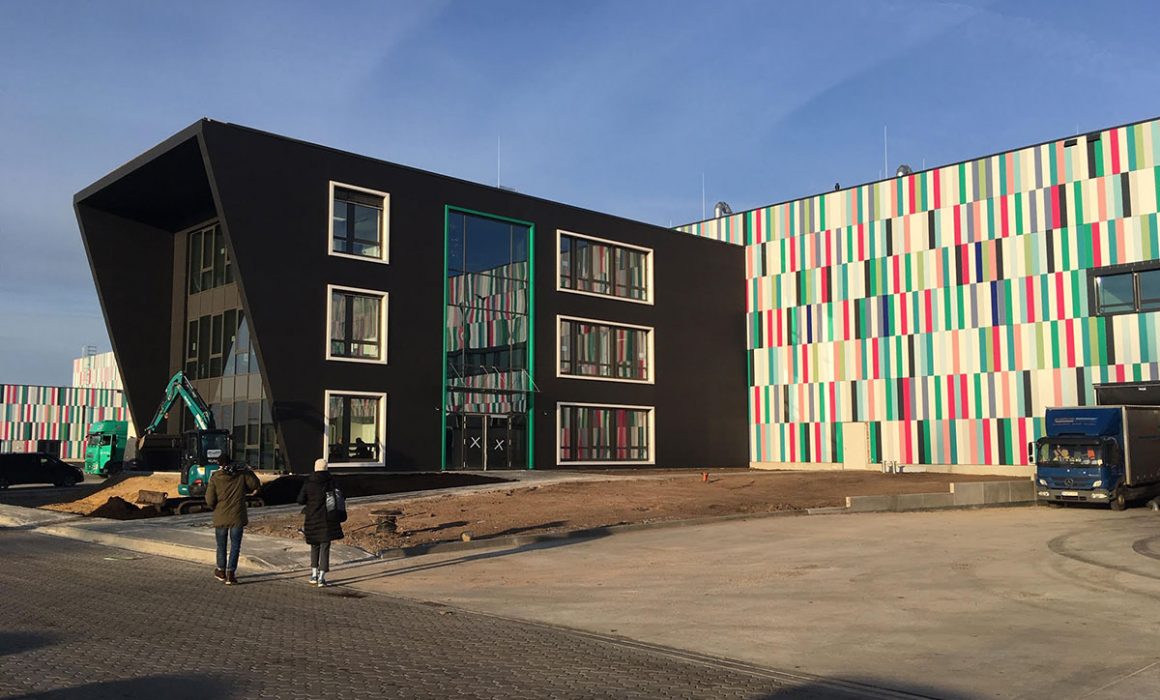